From 8.30am, a group of bloggers, including Nguyễn Ngọc Như Quỳnh (aka. Mẹ Nấm), Khổng Hy Thiêm, Võ Trường Thiện, and Phạm Văn Hải (aka. Việt Man), wearing advocacy T-shirts of the Network of Vietnamese Bloggers, walked down the streets to hand in HR documents to people. 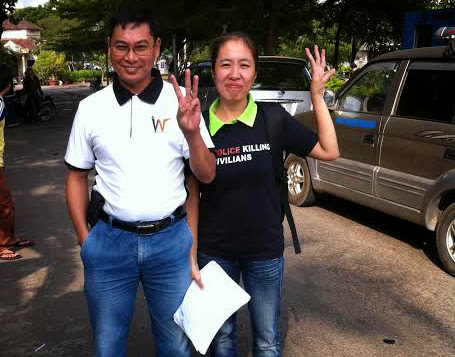 The materials they disseminated included an article on basic human rights, copies of the UN Convention against Torture to which Vietnam is a signatory, and an article introducing this Convention.

The United Nations Convention against Torture and Other Cruel, Inhuman or Degrading Treatment or Punishment, abbreviated as UNCAT, is an international human rights instrument, under the review of the United Nations, that aims to prevent torture and cruel, inhuman degrading treatment or punishment around the world.

The Convention requires states to take effective measures to prevent torture within their borders, and forbids states to transport people to any country where there is reason to believe they will be tortured.

According to the Network of Vietnamese Bloggers, Vietnam signed UNCAT on November 7, 2013 and is set to ratify it in 2014. However, so far Vietnam's laws have not provided a clear definition of what acts constitute torture.

Law enforcement bodies in Vietnam, including, for example, police, security officials and prison guards, still use torture for interrogation and punishment of suspects, detainees and prisoners. Torturous acts range from fetter to incommunicado detention and poor prison conditions.

As a signatory to UNCAT, therefore, Vietnam should ratify the Convention soon and, at the same time, amend its laws to provide a clear definition of torturous acts as well as penalties for the offenders.”

Asked about the case of Nguyễn Thanh Chấn, who was tortured, extorted confession and had to serve ten years of a life sentence before released without compensation, some pedestrians said they did not read newspapers so they were uninformed. However, people were enthusiastic in receiving the documents and read them in eagerness. One pedestrian even commented, “Good articles. Why don't you add 'pass this article on to others after reading it'?”

Others said, “Each of us should have these documents for more knowledge about human rights,” “We are bullied because we are uninformed,” “The materials are really good. This is to help all of us, so all of us should read them.”

The bloggers also disseminated the leaflets on buses and inside bookstores. One bookstore, Ponagar, held ten kits for visitors. Many young people eagerly joined the bloggers.

The celebration of the International HR Day ended at 10am. The bloggers took photos of themselves raising three fingers marked with three letters, M, L, and B, which stand for Mang Luoi Blogger, or The Network of Vietnamese Bloggers. 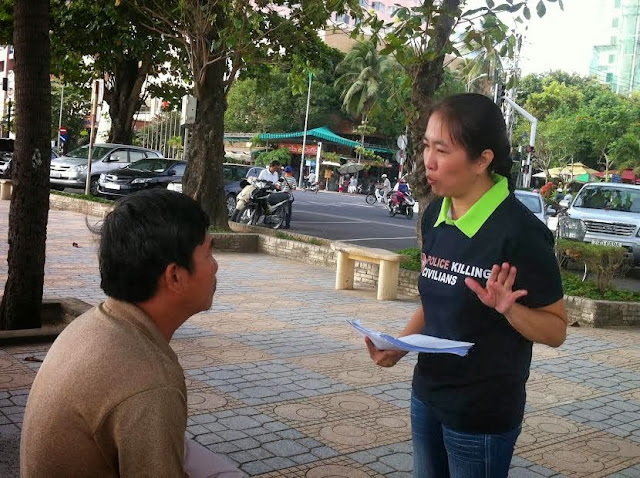 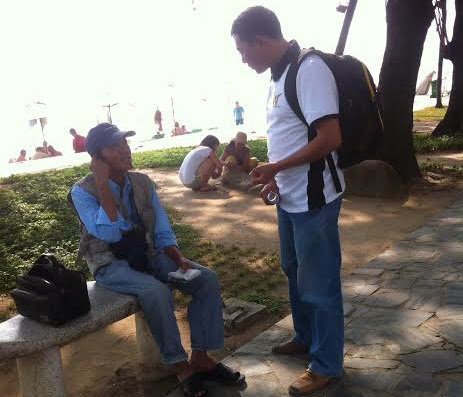 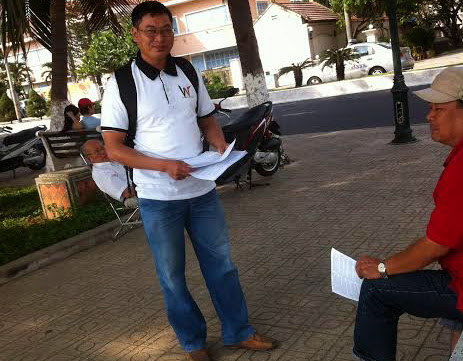 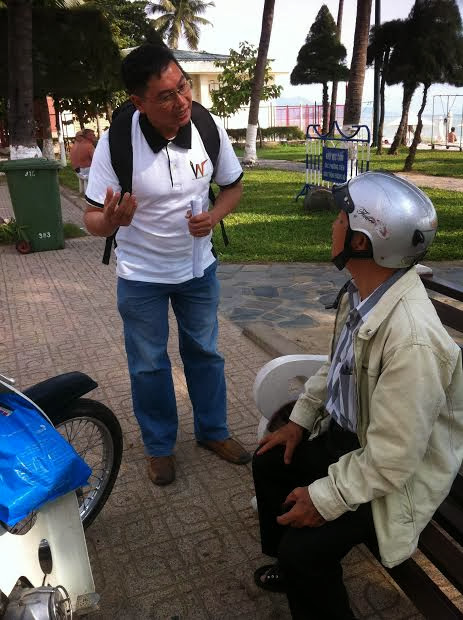 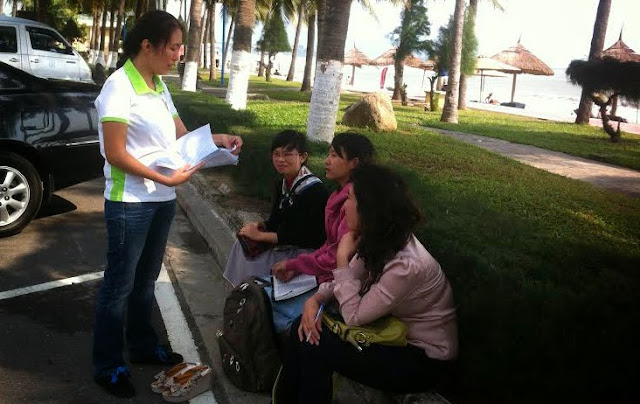 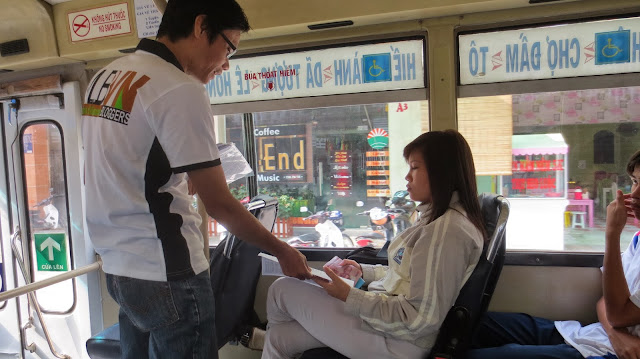 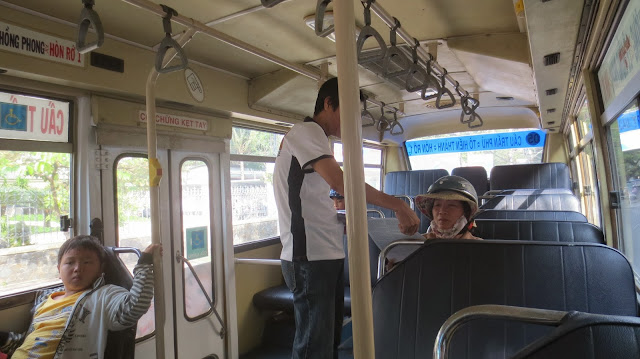 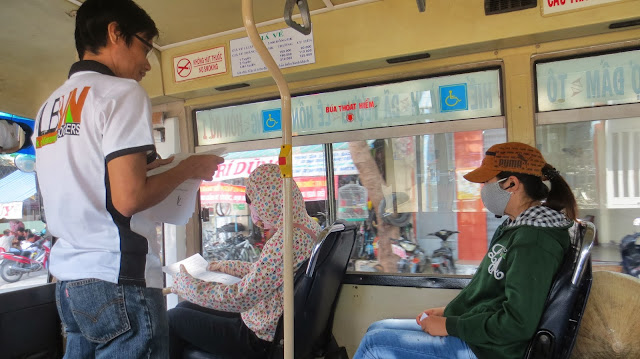 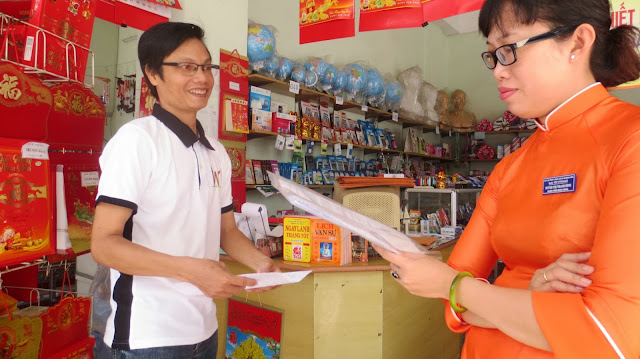 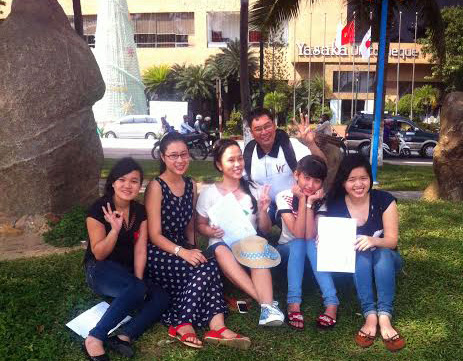 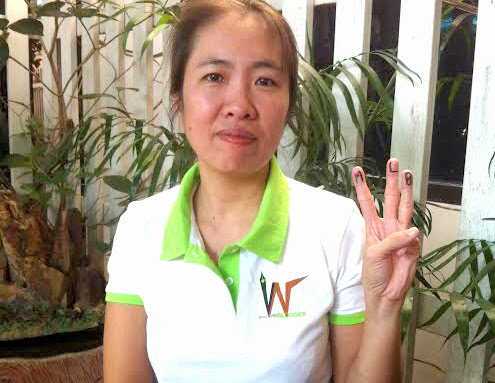 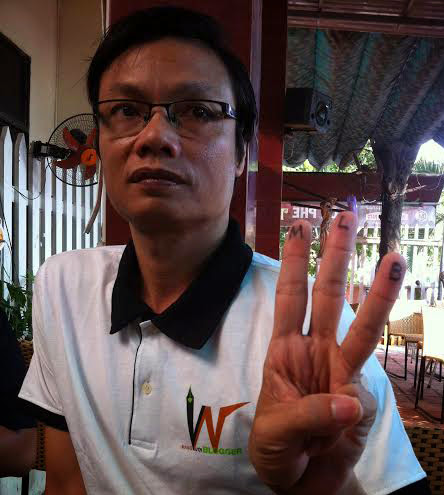 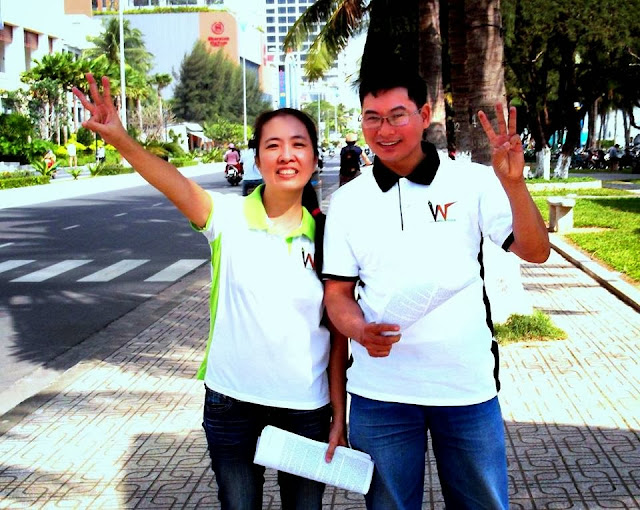